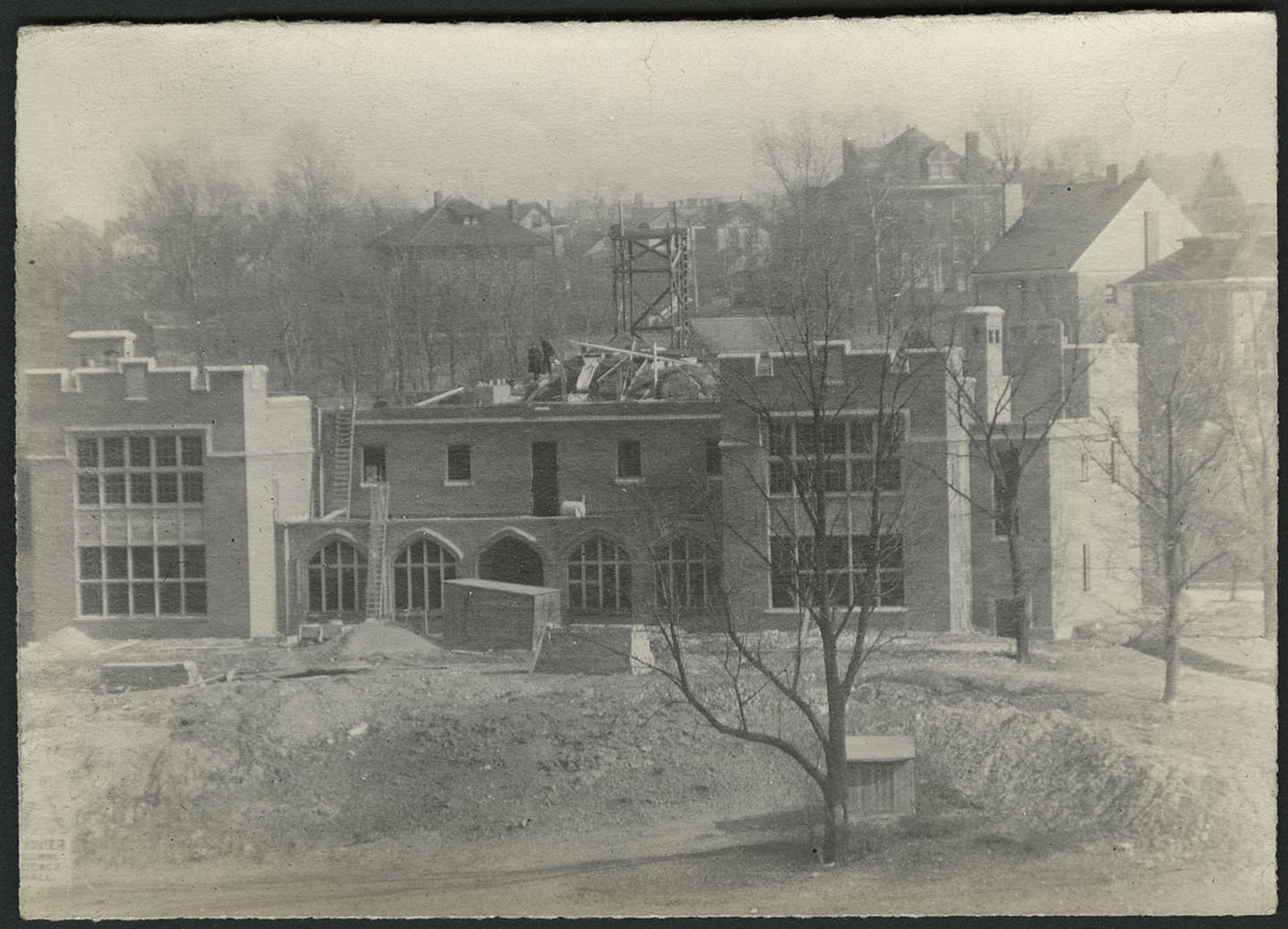 The Xavier University Campus Photographs digital collection is a representative sampling of images that document the development of Xavier's campus in Avondale from the early 1900s through the 1920s. The images show the construction of Edgecliff Hall, originally known as Alumni Science Building, and Hinkle Hall as well as buildings and grounds on the west side of campus in this period.

In 1911 Xavier purchased 26 acres for $85,000 in Avondale under the leadership of president Fr. Francis Heiermann. The property and the clubhouse that stood on it had been used by the Avondale Athletic Club from 1897-1903 and then by the Avondale golf club. Victory Parkway, known then as Bloody Run Parkway, ran through the property, which bordered Dana Avenue. The athletic club's clubhouse became the Union Building, also referred to as the Union House or the Old Red Building. Xavier's high school students used the building until 1919 when the college, then called St. Xavier College, moved from downtown to Avondale. Construction began on Edgecliff and Hinkle halls in the summer of 1919 and was completed in the fall of 1920. The buildings, and others on Xavier's campus, were designed by Joseph G. Steinkamp & Bro. Joseph Steinkamp and his brother Bernard had attended Xavier in the 1880s.

Printing is not supported at the primary Gallery Thumbnail page. Please first navigate to a specific Image before printing.